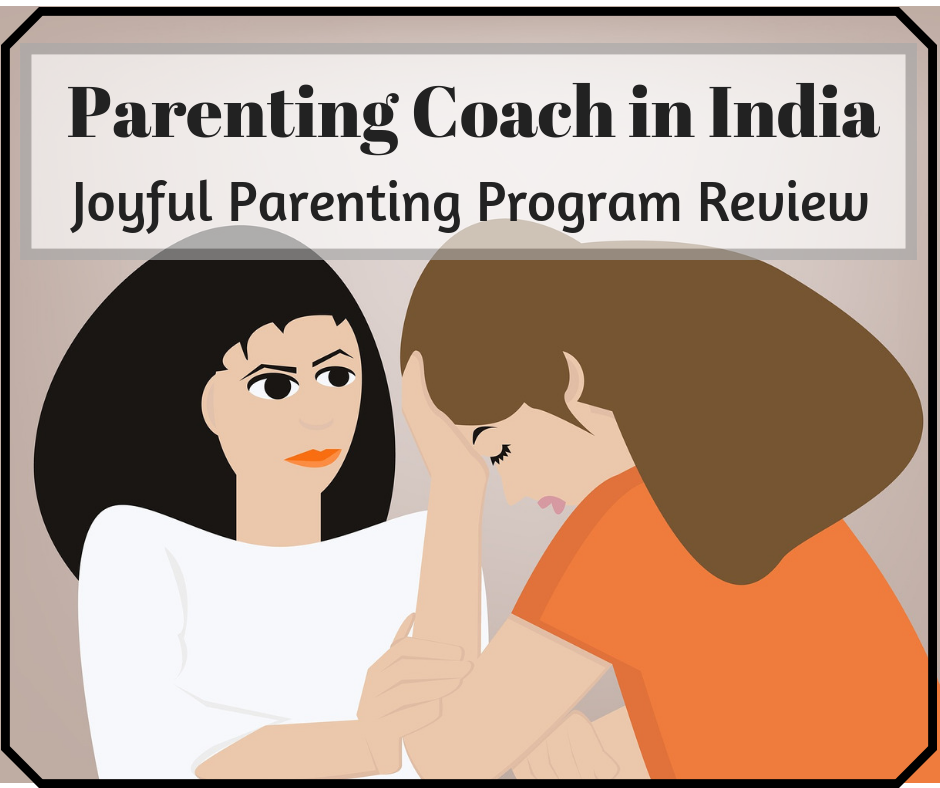 When you hear the word Parenting Coach – you wonder what makes someone a parenting coach in the first place. How can someone tell you the right or wrong way about your parenting, given that every child and parent relationship is unique. How can someone get through to your stubborn, or willful child, without knowing them or you personally? With such questions in mind, I happened to Nivedita Garg from Joyful Parenting. Nivedita is an expert in Neuro Linguistic Programming (NLP) and several programs that help Nivedita take an expert’s position in understanding children. Here’s what happens when consulting a parenting coach in India.

Nivedita provided online consultation for my son Chirag. This made it feasible for me to avail services being in Noida, even when she was based out of Chandigarh. The consultations happened in the following steps:

What did the Action Plan Comprise of

Action plan primarily comprised of behavioral modification on behalf of the parent. Once a better understanding between the parent and the child was developed, behavior molding of the child took place.

As parents we often struggle thinking we are doing way beyond our capacity, yet the child develops negative behavior. It feels like a trap because you do not have a way out. Nivedita helps us understand our child’s world. You get to see the world through their eyes. This eventually helps to bridge the gap between parents and children. This helps the child to trust the parent better, and enables the parent to find logic in their child’s behavior. Once that is built up, it becomes easier to work out differences and modify behavior of both parties, thus bringing about a change.

The plan also comprised of example situations and suggestive conversations that helped parents understand how to deal with situations better. These short scenarios helped parents see their situation from a third person perspective and understand the consequences of their behavior.

We began by verbally understanding issues being faced by Chirag. We then set them on priority as to which of the issues have been creating more chaos for him.

Consultation Sessions were conducted on phone, once a week. These sessions would include discussion on what is the progress in implementing the previous plan, what are the issues that still need help, and difficulties faced during implementation.

For example, one of the action I had to carry out was to play Mozart music 2 hours after Chirag fell asleep. Every time we tried that, despite being a deep sleeper, Chirag would wake up from sleep. So we modified the plan and played it when he was busy in some activity. So his concentration was on some other activity, whereas his subconscious mind would address to the music playing.

Throughout my consultation with Parenting Coach Nivedita Garg, from Joyful Parenting, I realized many aspects of parenting. The first and foremost being that I did not have to try so hard, I had to make efforts in a different direction.

It is true, that certain aspects of parenting, and understanding my son, wouldn’t have worked as well, if Nivedita didn’t point them out to me.

What one needs to understand while consulting Joyful Parenting, is that such therapies and interventions take time to show effect. Most f the toil has to be done by parents while executing action plans, but they are simple so it isn’t that difficult. Difficulty is simply in being consistent with you following these plans.

I did feel that these sessions are a bit expensive, and time taking in exhibiting results. But if they eventually help my child, I am willing to take these chances.

You can reach out to Nivedita Garg at thee coordinates:

In case you have any questions, you can share them with me in the comments below.