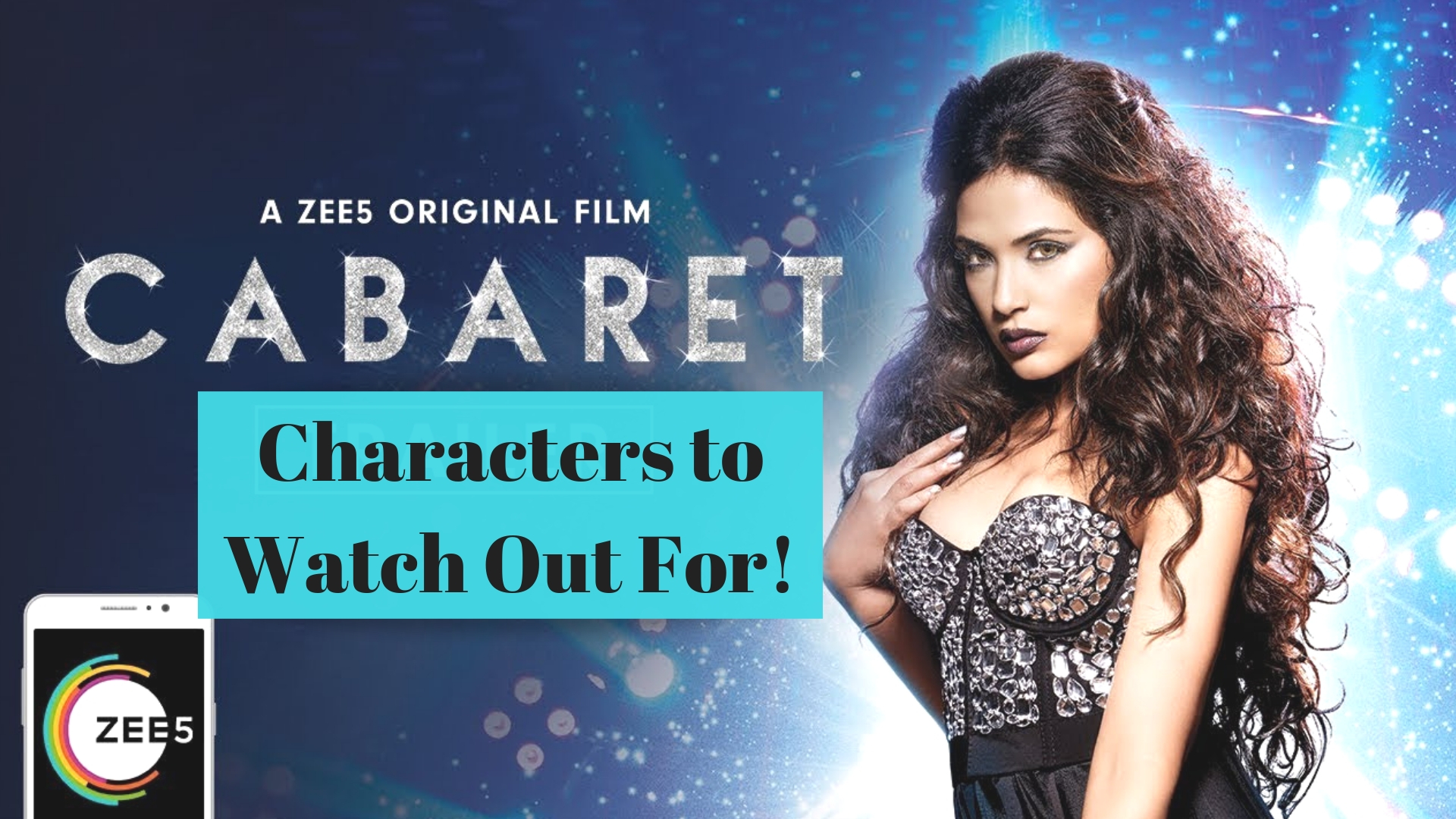 Richa Chadda is one actress whose performances I have thoroughly enjoyed over the years. Be Gangs of Wasseypur’s Nagma Khatoon or Fukrey’s Bholi Punjaban. Her ability to switch through roles really catches our attention. While I was browsing online some days back, I came across the trailer for her new digital release Cabaret. A ZEE5 Original, the movie sees Richa in the lead role of a girl aspiring for stardom in the entertainment industry.

On watching the trailer, I found myself to be surprised by Richa yet again. She aces the role of Rosa, a dancer with fluid dance moves and incredible expressions. How Rosa’s journey towards stardom takes a dark turn forms the crux of the story. But apart from Richa, there are other actors who managed to grab my attention in the movie’s trailer. With the impact they made along with Richa’s central performance, I thought of sharing my views on them through this article.

You can watch the trailer below.

Let’s look at the characters you must look out for in the movie Cabaret.

Going by the trailer, Gulshan Devaiah’s character Gaurav looks like a journalist who thinks he is successful. Ergo, the reality is quite different. He is shown to be an alcoholic, with little control over events in his life. His life seems to have spiralled out of control because of his alcoholism. It appears that he gets a shot at saving his life and his career by interviewing the infamous Rosa. It appears that he eventually assumes a romantic role against Rosa.

The role of Gaurav is played by Gulshan Devaiah, who’s acting skills have been well proven in movies like Shaitan and Ram Leela. Even this movie, he seems to grab onto this chunky role and shows promise of an applaud-worthy performance.

Former cricketer and Bigg Boss contestant S. Sreesanth plays the role of Chadha in the movie. In the trailer, it seems that Chadha is willing to out-rightly help Rosa with whatever negative situation she is stuck in.

Sreesanth, after a popular stint at Bigg Boss, is expected to make waves in Bollywood with this movie. I am expecting him to be just as entertaining as he was in the Bigg Boss house.

The moment I spotted Gulshan Grover, I was excited to see my favourite ‘Bad Man’ again on screen. In the trailer, his character was given a few quick glimpses which added to the mysterious vibe of his character. I am assuming that he could be playing the antagonist. But whatsoever may be the case, his role does add a lot of tension and thrills to the story of Cabaret.

Such is the excitement that comes from character glimpses in the trailer itself!! I can’t wait for the movie to catch the movie online on ZEE5.

If you liked reading this blog, do SHARE it ahead!

You may also like to read: 5 Bollywood Movies with Thought Provoking Social Messages