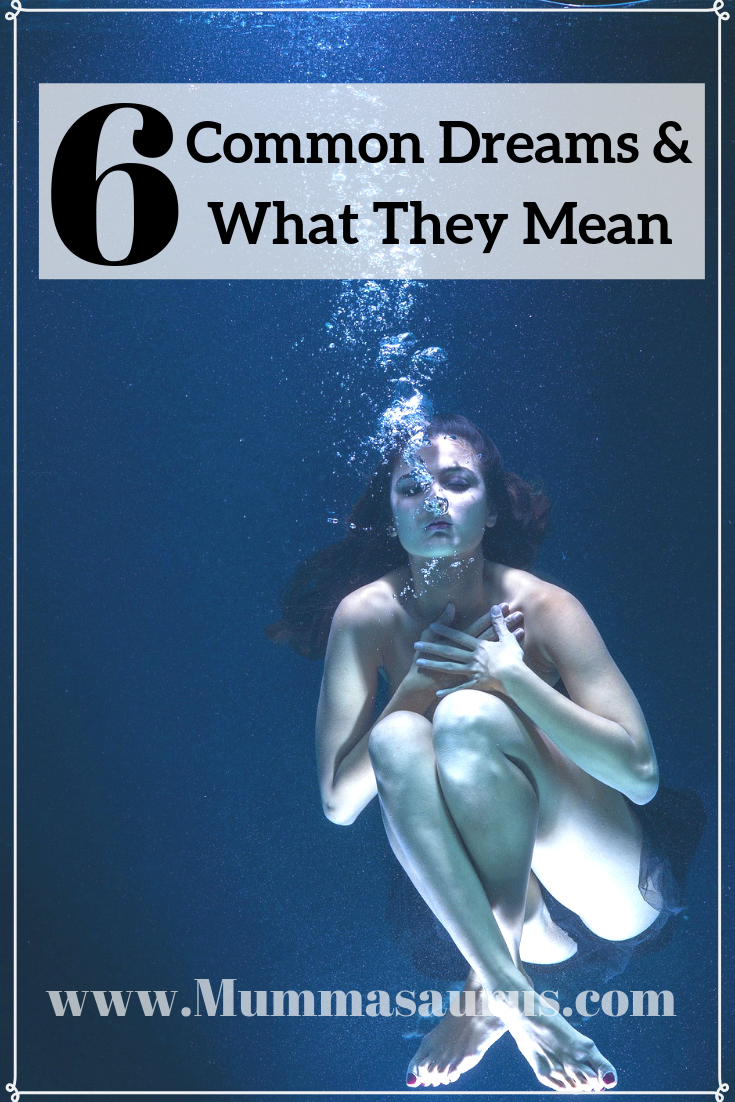 Dreams are a part of everyone’s night. Some see many dreams every day, some see a dream once in many days. But some times, some dreams affect you persistently. You often discard it thinking, ‘meh, it’s just a dream’ but in reality, they could be meaning something. Dreams are actually symbolization of messages that your unconscious mind is trying tong to tell your subconscious mind. So you remember some bit of it, because then your subconscious mind tried to tell it to your conscious mind… but then – who remembers dreams completely anyway! Here are some interesting things you must know about your dreams, and 6 common dream themes with interpretation.

When should you be worried about a dream?

We see dreams every day but when do they actually mean something? When are they just an everyday thought that got trapped in your mind web? Here are some signs that tell you when you should take your dreams a tad more seriously.

If nightmares become rampant in your sleep pattern and they make you wake up extremely scared, afraid or anxious, it could be a sign of depression. It could also mean that some issues are troubling you, and seemingly their interpretation may not be common. They may not have the same theme every day, yet, the only common factor would be instilling extreme fear in you.

6 Common Dream Themes and What they mean

Common Dreams only have a ‘hidden meaning’ if they run around a similar theme and happen often. If you see a dream just a few times but it does not bother you, or if the bothersome dream has come just once or twice, let it go. For the interpretation to add value to your dreams, a dream has to have occurred many times, consistently in a period of time, with negative feelings during and after the dream.

Here are some very common themes that most people visualize in their dream patterns.

If you see yourself Naked or nude, moving around in public places, or disliking the environment for you to be nude(like a family setting), it could mean that you feel vulnerable.

By vulnerability, I mean that you could feel like you are hiding something, or have lied to a few people about something, and you feel that will get exposed.

2. Dreaming of Flying or falling endlessly

Flying and feeling awful or scared about it, simply means that you have felt that something is happening to you and you do not have much control over it. You are gradually losing, or have completely lost control and your mind realizes that.

3. Infidelity (Having Sex with Someone else while being committed)

It is sometimes, that you have dreams of having wild sex with someone who is not your partner. It may give you feelings of cheating and betrayal, and the anxiety and nervousness associated with it.

You may still be madly in love with your partner, but are most likely seeing this dream because primarily your mind and body feel the need to have sex. You could or could not be attracted to the person you see in the dream, sometimes it is even film actors or same-gender people. But it just means that you need to have sex. Such common dreams will most likely vanish after you have had an appetite full of sex with your partner.

It is possible to be single and getting the dream, but this again, simply means, the desire to have sex, However, it may be a lot more disturbing if you are already in a relationship and dream of someone else.

Also, having same-gender sex does not necessarily mean that you are attracted to the person in real life, nor that you are or could be homosexual.

4. Being in Water, drowning, or unable to breathe

The common dreams about drowning or inability to breathe inside water simply indicate anxiety related to a new phase in life. It could be that you have a new job, a new home, a new member in the family or a new relationship – and you could probably have a pressure of how would it be.

Death signifies ending – it could be anyone dying in the dream. But it signals that something in your real life has died – is ending. If you see someone else dying, it could be some relationship with them dying, or that you would want to adopt a certain quality you like about them

Spiders symbolize entrapment. You could be feeling that you are being trapped in someone’s web of manipulation and are unable to do something about it. It could also mean that you feel guilty about manipulating someone and want to stop. It could be a signal from the brain that you are not handling the manipulation very well.

Many dreams pass without meaning as well. The primary subject and the primary emotion in your dream decides what it actually means. Dream interpretation may sound simple and most dreams are direct representations of your life. But many times the themes seem too difficult to decipher and that is when these interpretations could help.

If dreams seem to bother you in your awake life, and you cannot seem to manage how they make you feel, do see a psychologist and discuss your concerns.

This post is a part of the #LetsBlogwithPri Campaign, initiated by me. Please click on the links in the linky party below to read all the blogs written in the third week of April 2019.